The imposing, multi award-winning ensemble of buildings belonging to the Pomeranian State Museum stretch along the city wall, not far from the market square, where the monks of the Franciscan monastery prayed in the Middle Ages. Visitors can experience 14,000 years of Pomeranian history in time lapse here. Valuable treasures, weapons and everyday items bring Pomerania’s eventful past to life. In the art gallery on the site of the former abbey church, you can admire originals by artists such as Caspar David Friedrich, Philipp Otto Runge, Vincent van Gogh, Max Liebermann, Max Pechstein or Alexej von Jawlensky. The University of Greifswald’s valuable art treasures can also be seen here. Regularly changing exhibitions complement what is on offer here. The art gallery at the Pomeranian State Museum was honoured with the Mecklenburg-Western Pomerania state building award in 2000. Website (en)

The “Friedrich Quarter” is situated at the foot of St. Nikolai cathedral. Caspar David Friedrich was born here in 1774, where his father Adolf ran his soap and candle factory. The Caspar David Friedrich Centre, an information, research and documentation centre, has been housed here since 2004 and provides insight into the famous painter’s life and works. The centre was extended by rooms in the front house in 2011 and the exhibition space was considerably expanded. The displays focus on Friedrich’s career, the family history and soap and candle making, which the family practised here over generations. The true to the original candle making equipment and soap factory can also be seen. A gallery for contemporary art, a specially stocked museum shop and a reference library are also available. The family gallery was added to the centre in September 2014. Website (en)

There are still places to be found in Greifswald today where Caspar David Friedrich works and liefe can be traced.  Picture Trail

The new theatre building opened its doors in Robert Blum Straße on 10 October 1915 in the middle of the First World War. However, Greifswald’s history of theatre stretches back at least to the sacred plays of the Middle Ages in the city’s churches. The city council issued the first documented performance permit to a travelling troop in 1730. The French classics and Shakespeare as well as operas were on the programme back then. The Greifswald and Stralsund theatres have been working together under the name The Theatre of Western Pomerania since 1994. Putbus on the island of Rügen joined in 2006. Exciting, challenging and entertaining performances are presented to the audience in the genres musical theatre, drama, ballet and Philharmonic concerts. Since the repair and renovation of the Greifswald Civic Hall in 2009, numerous cultural and social events such as guest performances, concerts, balls and congresses have been taking place here again. The theatre organises the “Baltic Sea Festival” in the forum at the harbour museum during the open-air season in the summer. http://www.theater-vorpommern.de (German website)

Today’s cultural centre was opened in 1989, the year of the reunification, and is housed in one of Greifswald’s most beautiful monuments. St. Spiritus was founded as a church hospital 750 years ago. The building already served as a hospital in the 14th century and in modern times as a care facility for the elderly and old people’s home. The low courtyard buildings were still inhabited until well into the 1970s. The ensemble of buildings was given its current appearance during the Swedish era. The “old Holy Spirit church” mentioned for the first time in the late 16th century is one of Greifswald’s most beautiful halls for events today. Over the last few years, St. Spiritus has been extensively renovated and reconstructed to allow for it to be used for cultural events by various initiatives. The historic chapel and open-air stage in the inner courtyard provide an atmospheric platform for many events. http://www.kulturzentrum.greifswald.de (German website)

The Caspar David Friedrich Monument was created by the sculptor Claus-Martin Görtz, who lives in Lübeck. It has been in the Lappstraße near the Fish Market in the direct vicinity of Greifswald’s St. Nikolai cathedral and the property where Friedrich was born in 1774 since 2010. The bronze sculpture was the result of a private initiative. The financing of the monument was secured by the state of Mecklenburg-Western Pomerania and thanks to numerous donations from the region’s citizens, companies and institutions.

Wolfgang Koeppen was born at Bahnhofstraße 4 on 23 June 1906. His works, including “Das Treibhaus” (The Hothouse) or “Jugend” (Youth), which deals with the years Koeppen lived in Greifswald, are in the tradition of literary modernism. The Western Pomerania Literature Centre, sponsored by the charitable association lnternationales Kulturaustausch-Zentrum (IKAZ e. V.), has been at home in Koeppen’s birthplace since 2002. Numerous objects that he owned are presented in the “Munich Room”. The Wolfgang Koeppen archive with the writer’s literary remains is also in the house. The literature centre offers a varied artistic and literary programme. The Koeppen Days, a literature festival in honour of the author, take place every year in June. The Wolfgang Koeppen Prize sponsored by the University and Hanseatic City of Greifswald is awarded every two years, most recently in 2016. German website

The poet Hans Fallada was born on 21 July 1893 in Greifswald’s Steinstraße as Rudolf Ditzen. His birthplace was renovated by a private investor. He made the Ditzen family’s former home available to the Pommersche Literaturgesellschaft e.V. (pom-lit.de) association. This association opens up the house for literary events and collects books and documents on Pomeranian literature. Fallada’s life and work play an important part in this. Works from the great Fallada collection with numerous first editions, secondary literature, new editions and many more collections can be used in the etablishment’s readingroom. A Fallada festival is organised every year in the summer. Hans Fallada served a three-month prison sentence in Greifswald in 1924. His cell door is in the Fallada House. Not only is the city library named after the poet in Greifswald, a street as well. Fallada died in Carvitz on 5 February 1947. German website 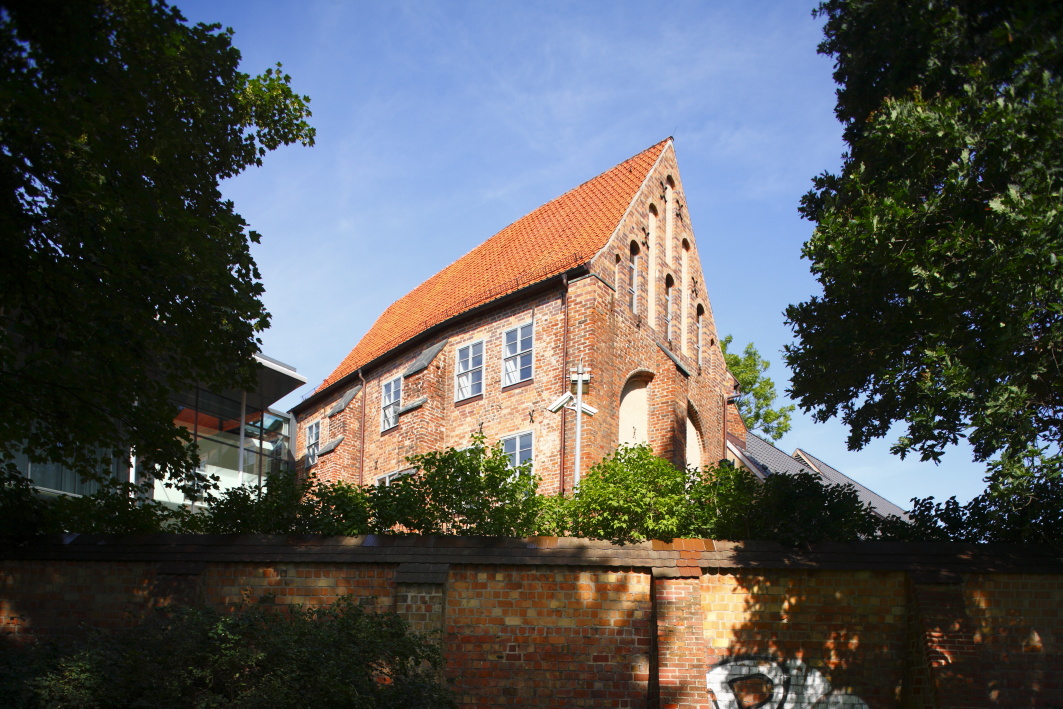