Home culture, sport and leisure sightseeing and excursions Out Onto the Water
voice reading

Out Onto the Water

The “GREIF” schooner brig was laid down as a steel ship at the Warnowwerft shipyard in Rostock-Warnemünde in 1951. It was named after the former president of  East-Germany “Wilhelm Pieck” as a training sailing ship for the navy. After the reunification, the city of Greifswald became the owner. Since then it has been stopping at major international Baltic Sea harbours as the “GREIF” training sailing ship fully converted. The ship is also regularly a guest at Hansesail in Rostock and the Kieler Woche. The “GREIF” is at home at the Wieck fishery and marina. In the summer it moors behind the flood barrier on the south pier. The more than 40 metre long schooner brig is equipped with a sail area of 570 square metres. It reaches speeds of up to 14 knots. Trips lasting several days and day trips are offered from Easter to October. Bookings already start in November the year before, but you can often get a place on board at short notice, too. This ship is sailed by a regular crew of seven people. The crew is voluntarily supported by people working their passage and the Förderverein Rahsegler GREIF e. V..

Today, the old city harbour is a “living museum that tells of our ancestors’ skills in the art of traditional boat and shipbuilding and seamanship”. The Verein Museumshafen Greifswald e.V. association runs Germany’s largest harbour museum with this philosophy in mind. It is home for a remarkable collection of old fishing vessels and cargo sailing ships. The oldest ship was laid down around 1880. Most are used as sports boats, the others as traditional ships. The latter are also allowed to sail with guests on board. During the Gaffelrigg, which always takes place on the third Saturday in July during the summer festival, the crews present their ships during a trip out on the bay. The footbridge that spans the harbour leads to the forum at the harbour museum, a venue for numerous open-air events, and to the harbour terraces. Both the young and old meet here to eat, dance, barbecue and play music. The historic “Stubnitz” passenger ship is moored in the harbour. http://www.museumshafengreifswald.de (German website)

The little fishing village Wieck is situated where the Ryck river merges into the Bay of Greifswald. The village that emerged from a Slavic and Danish settlement is documented as far back as 1248. Wieck has been part of Greifswald since 1939. Its landmark is the drawbridge built in 1887 based on a Dutch model. The decks are still raised by hand to let ships pass. The view over Wieck harbour and the Bay of Greifswald opens up from the bridge. Besides the little fishing fleet, yachts and the city’s own training sailing ship, the “GREIF”, are moored here. Low fishermen’s cottages with reed thatched roofs line the narrow village streets. The harbour office is based at the bulwark. Two height marks next to the front door remind us of the storm floods of 1872 and 1995. It is expected that dykes and a flood barrier, which was currently  built in the middle of the harbour, will protect the city from floods from 2015 on. Western Pomerania’s largest maritime festival always takes place in Wieck on the 3rd weekend in July – the Gaffelrigg summer festival.

The first thoughts on building the Wieck bridge originated in 1833. The university wanted to manage their properties on the Wieck side of the Ryck more effectively, the city wanted to preserve free passage for ships to the harbour in the old town at the same time. The wooden double balance beam bridge, which spans the Ryck, was built more than 125 years ago by the shipbuilding master Spruth. The structure was officially consecrated on 25 July 1887. Several renovations and reconstructions were necessary over the decades. Only the construction based on a Dutch model and the cast iron fittings remain intact to date. The two 13.30 metre long decks in total are still raised by hand. The bridge is being preserved as a technical monument at great cost. Road traffic is restricted and only possible with a special permit and the regular bridge opening times are also adapted as required. Nevertheless, the strain on the wooden structure is huge. The last time the bridge was completely constructed was in 1994.

The lido is located in the Bay of Greifswald in the Eldena district. As a result of its extended area of flat water it is extremely family-friendly and ideal for small children or learning to swim. Wicker beach chairs, loungers and parasols can be hired for a fee. Anyone who wants to be a BBQ king can hire a barbecue by prior arrangement. There is also a circle of seats and beer tables and benches. Small snacks and drinks can be purchased at the snack bar and a beach bar invites you to indulge in a cocktail or two. Numerous sporting and cultural events, such as the Gaffelrigg summer festival, beach volleyball tournaments or rock concerts, attract thousands of guests several times a year. During the swimming season, a lifeguard watches over the safety of swimming guests. There is a charge for admission during the lido’s opening hours.

One of the Baltic Sea’s finest sailing areas lies just outside the city. Greifswald is the ideal starting point for a trip to the islands Rügen and Usedom. The Bay of Greifswald has also made quite a name for itself as a regatta territory. The sailing is mainly regattas for keel boats. The most famous races are the “Greifswalder Boddenetappen” (Bay of Greifswald legs), which take place every year in August. Yachts can be chartered in Greifswald. Anyone who does not have a sailing license can book a trip on the city’s own schooner brig, the “GREIF”. Some of the traditional ships too, which are moored in the harbour museum, provide opportunities for you to sail with them. The more than 100-year old passenger ship “MS Stubnitz” moors at the harbour museum for trips to the bay from May to October. These trips with stops in Wieck and Ludwigsburg are offered from Tuesday to Sunday. Bikes can also be taken on board. 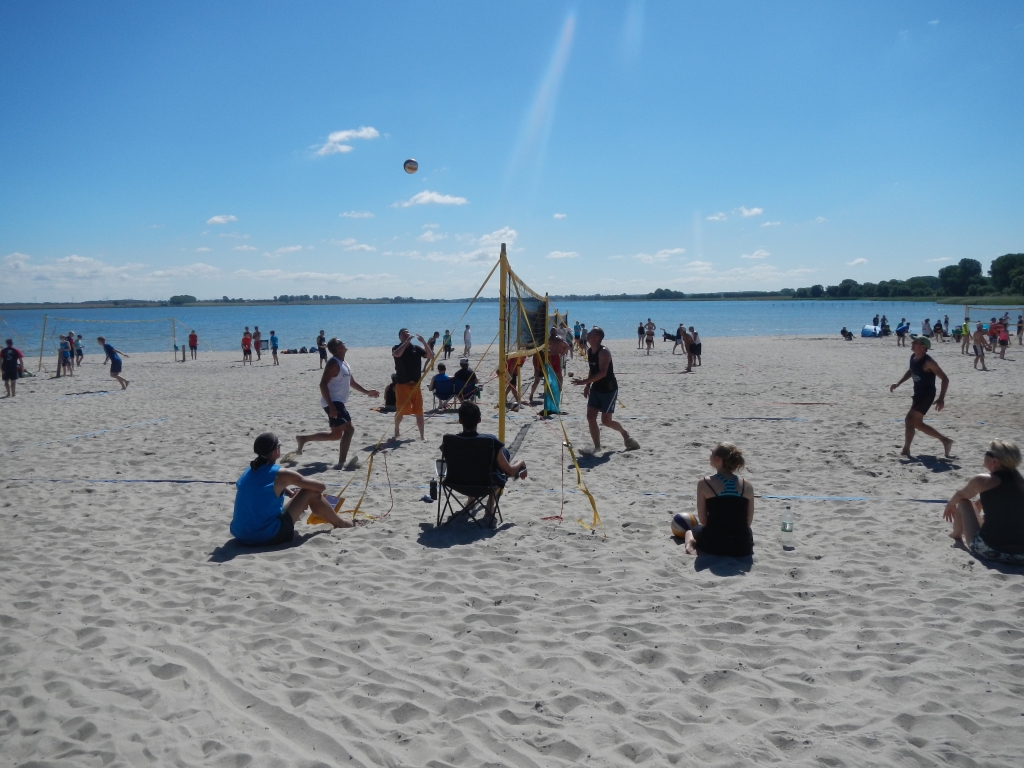