In addition to the following list of the daughters and sons of the city of Greifswald, there are many other personalities who have worked and lived here. The traces of numerous well-known scientists can be found due to the university alone. The following is a selection of native Greifswald personalities.

The German poet Sibylla Schwarz (also known as Sibylle Schwartz) was a daughter of the mayor of Greifswald, Christian Schwarz. At the age of about ten, she began to write poems. Her poetry reflects the hard times of the Thirty Years’ War, during which her mother also died. She died at the tender age of 17 years due to illness.

Greifswald's great son, Caspar David Friedrich, was born in the Pomeranian Hanseatic City of Greifswald, part of Sweden from 1630 to 1815, the sixth of ten children of the candle-maker and soap boiler Adolph Gottlieb Friedrich and his wife, Sophie Dorothea. Caspar David is one of the most important painters and draughtsmen of early German Romanticism. www.caspar-david-friedrich-greifswald.de

The German writer Rudolf Wilhelm Friedrich Ditzen – pseudonym Hans Fallada – was born in Greifswald, the son of state judge Wilhelm Ditzen (1852-1937) and his wife Elisabeth (1868-1951, daughter of a prison chaplain). Many of the subjects of his numerous novels and stories retain their relevance to this day. In the writer’s birthplace, the Pomeranian Literary Society (Pommersche Literaturgesellschaft e.V.) administers the former dwelling of the Ditzen family with a diverse range of events touching on Pomeranian literature of the past and present.

Wolfgang Arthur Reinhold Koeppen – writer and honorary citizen – was born as an illegitimate child at Bahnhofstraße 4 in Greifswald. In 1996, he died in Munich at the age of 90. His unpublished works passed to Greifswald and is accessible via the Koeppenarchiv (Koeppen Archive). He was primarily known for his "Trilogy of Failure", for which he gained the reputation as an important author of post-war literature. Every two years, in memory of the writer and honorary Greifswald citizen Wolfgang Koeppen, the University and Hanseatic City of Greifswald awards a literary prize worth €5,000. 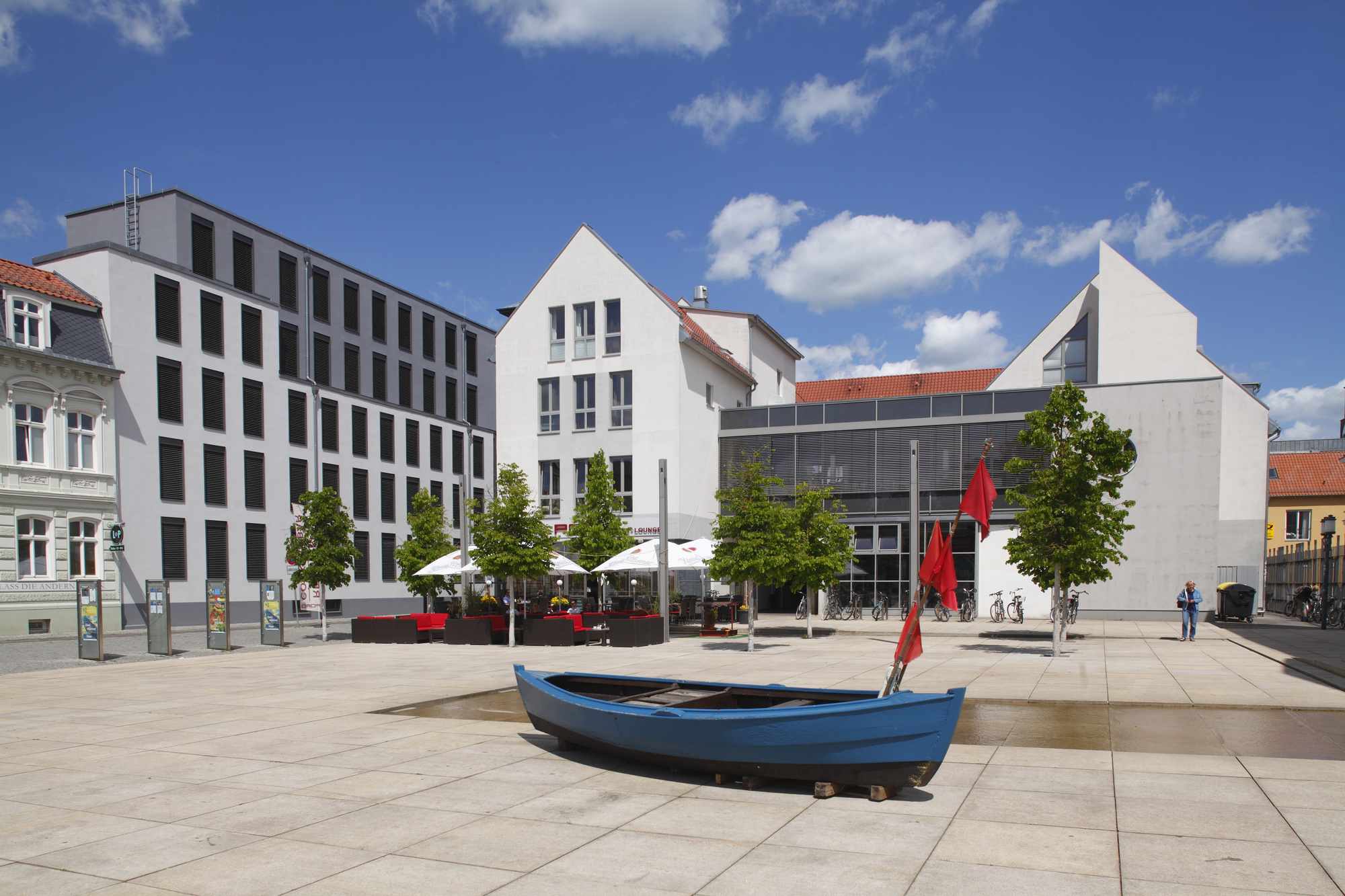